In The Garden: Moles – Prevention And Treatment 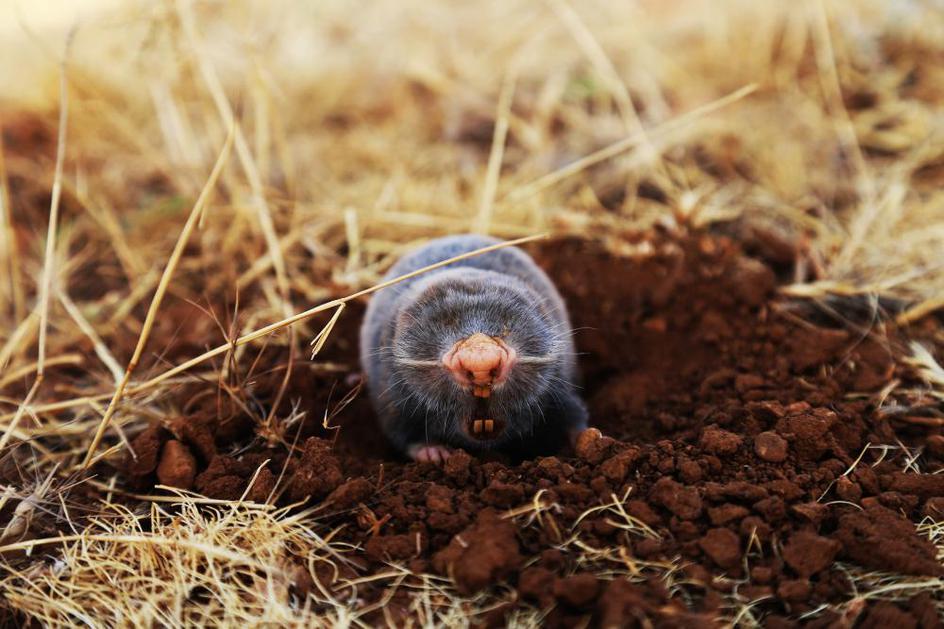 Moles may tend to be portrayed in story books as sweet, bespectacled creatures but in reality, they can wreak havoc in your garden. This week, we take a look at our not-so-favourite short-sighted visitors, how to deter them, and what to do if they overstay their welcome.

So, what exactly are moles? Moles are carnivores, which means that they are meat eaters. They live underground, and eat larvae, grubs, and worms. In order to survive, moles have to consume approximately half of their body weight every day – that is a lot of worms! People assume moles are nocturnal, but in fact they tend to sleep for four hours then be awake (and digging) for four hours on rotation.

Moles aren’t as big as you might think; they are about 6 inches long, with a one-inch tail. They have short, round bodies, a pink, hairless, pig-like snout, and soft, dark grey fur. They are probably most easily recognised for their spade-like hands, which are used to dig their way underground.

Where do moles live?

Moles live underground in dry, dark dens. Because they like the dry and dark, the dens are usually deep underground. However, moles need to hunt where the food is – in insect-full, moist soil at the surface. It is when moles come near the surface to hunt that they leave mounds of soil.

Are moles a pest?

Thanks to their spade-like hands, moles can travel four metres an hour, creating complex networks of tunnels that take them from their den to food-rich surface soil. This can result in annoying mounds popping up literally overnight; a particularly annoying addition if you take pride in your flat lawn. Aside from making your garden look a little more “natural”, moles aren’t necessarily a pest. In fact, they do a great job of aerating soil, which is a bonus for horticulturists. However, whilst aerated soil is a bonus, exposed roots and uprooted plants can be a pain, and moles can cause damage to not just lawns, but flower beds and vegetable patches, too.

How do I know if I have moles?

Moles are fairly easy to detect! Keep an eye out for new piles of soil in your garden, disturbed roots or raised ridges surrounding openings in the earth. They have probably come to your garden because it provides them with a rich source of food; they are likely to stay there until the food runs out.

Can I prevent moles?

There are some things that you can do to deter moles. Pets are helpful in keeping them away, or you could plant daffodils, marigolds and alliums, to which moles have an aversion. It can also help to water your garden less – but not to the detriment of your garden.

If you have a problem with moles, and they don’t seem to be retreating, it may be worth calling in a pest control professional. If you want to prevent moles in the future, speak to a local gardener about deterrent plants. For more advice and guidance, follow Trust a Trader on Facebook or Twitter.