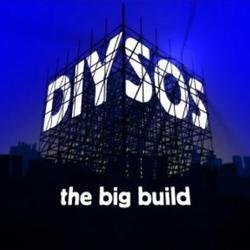 At Trust A Trader, we are proud of our friendly team and the work that they do to provide reliable, trustworthy services to members of the community. When we heard about television programme, DIY SOS’s plea for support for a particularly poignant cause, we spread the word among our traders. We weren’t disappointed with the results.

Police Liaison Officer, Kris Aves received a commendation on 22nd March; a proud moment in which he was recognised for his commitment to his work. However, tragically, on his way back from the ceremony, Kris was caught up in the terror attack on Westminster Bridge. The car driven by the attackers ploughed into Kris, causing serious injuries including two broken legs, head injuries, and a damaged spinal cord.

Rehabilitation is a painstaking process. Although Kris is slowly making progress in hospital, he is wheelchair bound and can’t return home to his wife, Marissa, and two young children until his home has been suitably adapted. Hero television programme, DIY SOS heard about Kris and his family and will be doing their best to make their home a safe and happy place for Kris and Marissa, and their six-year-old son and four-year-old daughter.

Our traders’ reaction to this situation was incredible, with many traders expressing an interest in helping where they can and one trader going the extra mile. When John Mason of MRG Roofing in Leicester heard about Kris and his family, he wanted to help, despite being unable to attend the build in October. So, instead he pledged £500 worth of materials to the project, which will help the DIY SOS team to create a special, functional and homely living environment for the family, who have endured so much.

MRG Roofing have been part of the Trust A Trader team for seven years, offering outstanding value and a ten year warranty on all roofing, chimney and flat roofing services. The roofing company’s exemplary record, with almost 5 stars from more than 100 reviewers, speaks for itself; clearly John’s standards of work match his compassion and generosity.

We contacted the BBC on John’s behalf and they expressed their gratitude at John’s generous offer. If other traders wish to make a similar pledge, please contact us. If you are a trader based in Barnet and are interested in joining the build, the Traders’ Day is being held on 21st September. Email diysosbarnet@bbc.co.uk with your trade details, availability and telephone number.