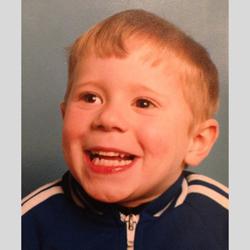 TrustATrader member Lee Miller of LM Plumbing & Heating is going to walk 88 miles along the full length of Hadrian's Wall for the Meningitis Research Foundation, having lost his younger brother to the illness when they were both children.

In July 1982, Lee was nine years old when his seven year old brother Tony became ill while in Spain on a family holiday. At first Tony's fever and sickness was thought to be caused by a bug, but after his condition deteriorated he was taken to the local Spanish hospital, where the doctors thought he may be suffering with acute appendicitis. However, Tony later fell into a coma and his parents were told that if he recovered he would be severely brain damaged. Lee and Tony's parents had to make the most difficult decision; to turn off Tony's life support.

Lee, now 41, had tragically lost his little brother to what was later found to be meningitis, which strikes thousands across the UK each year. Small children and young adults are high risk, but all ages can be affected.

Lee wants to help to support research into prevention of meningitis and to support families affected by this terrible illness, which is the inspiration for his charity walk.

If you would like to support Lee's efforts, you can do so by donating via his page on JustGiving.com, or you can donate by texting ANTY82 followed by the amount you want to give to 70070, so for example you might text ANTY82 £5.

The photo shows the late Tony Miller in 1982.