Son of TrustATrader member aiming for gold in Rio 2016 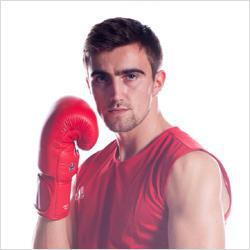 Jake Ball is a light-heavyweight boxer (81kg) and a member of Team GB. Jake is the number one contender for Great Britain in his weight class.

Following a successful season where he brought back two silver and two bronze medals from four international tournaments, Jake has now been selected to take part in the prestigious Olympic qualifier 'World Series of Boxing', competing against countries such as Russia, Mexico and Cuba to name just a few.

Jake is also a 22 year old family man with a wife and two little boys, but has to leave them behind in Surrey while he trains at the English Institute of Sport in Sheffield. This is obviously hard emotionally as well as hard on his pocket, but it will all be worthwhile when Jake stands on the podium in Rio 2016 collecting his Gold medal for Britain.

If you would like to help Jake on his road to Rio with any form of sponsorship it would be greatly appreciated. As you can imagine, it's hard on a young married athlete with two young sons to have to give up his paying job to go into full training to represent his country.

Any donation you can offer, no matter what the size, will help Jake on his way. If you would like to sponsor him you can have your name and logo advertised in various ways.

To show your support for Jake, you can contact TrustATrader on 01438 906988 if you are interested in sponsoring this home grown talent?

So come on everyone, let's all get behind this talented young man to help Jake get to Rio and make us all proud?