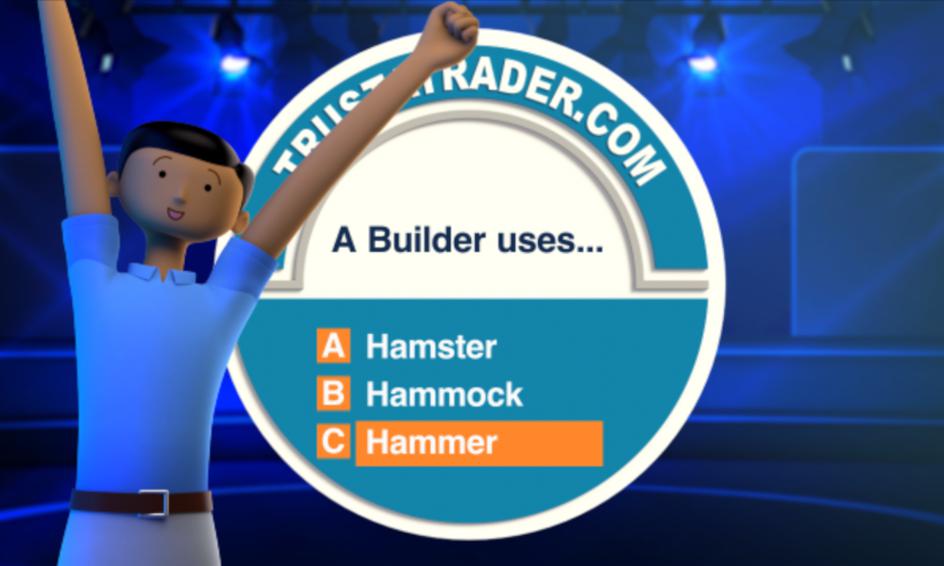 TrustATrader is pleased to announce a new sponsorship deal with ITV, with a range of TV adverts airing during primetime television on Saturday nights at 7pm. The TV ads will run for 8 weeks from June 18th and will be aired during commercial breaks of a returning gameshow, with each ad asking a trivia question in line with the gameshow theme.

TrustATrader is delighted with the running success of its previous advertising campaigns and the company is eager to see how this new campaign performs, especially as this will be the first time that TrustATrader has advertised during Saturday night primetime television.

Advertising across a variety of mediums is important to not just the TrustATrader brand, but also its fantastic directory of trade members. By advertising on a mass scale, TrustATrader is able to expand its customer base and ensure a regular stream of customers for its members.

TrustATrader prides itself on its growing directory of approved tradespeople, but also its fantastic community of traders and homeowners. Alongside traditional advertising, TrustATrader also takes the time to engage with members and promote their amazing work on social media, while also sharing news and events within the industry that may be beneficial to the community.

If you’d like to learn more about how TrustATrader advertises and promotes its members, or if you’re a TrustATrader member and would like to share your work, awards, and achievements with us, don’t hesitate to get in touch.